Here are the winners of our ticket giveaway:

Attention winners: please get in touch with us at info@kiwitcms.org to claim your tickets. We will ask you to validate your GitLab account by performing a quick action which will be disclosed to you via email!

Raw data from our winner selection script below:

Video recording of the selection process:

Kiwi TCMS is happy to announce that our first post-COVID live presence will be at WebSummit 2021, Nov 1-4 in Lisbon, Portugal. We're joining as a featured startup as part of the ALPHA program in category Enterprise Software Solutions.

Kiwi TCMS will have an on-site presence during the exhibition (1 day) where you can easily find us. We've also applied to the Startup Showcase track where you can see Alex present on stage. In addition, if all goes well our team will be joined by Alexandre Neto of QCooperative who is leading the effort to adopt Kiwi TCMS for testing the QGIS open source project. More on that here.

Exact schedules are still unknown at this stage so you will have to ping us via email/Twitter or find us on the conference floor if you want to meet.

Below is our video submission to the organizers:

HackConf is one of the premium developer conferences in Bulgaria. Over the years Kiwi TCMS and HackConf have collaborated multiple times and our history goes way back to before the first edition of the conference! We're happy to announce that Kiwi TCMS will be giving away 6 SUPERFAN tickets for HackConf 2021 in order to celebrate their 6th anniversary!

How to win a ticket

We need your support in order to become part of GitLab's open source family! We kindly ask you to upvote the first comment at https://gitlab.com/gitlab-org/gitlab/-/issues/334558!

Thank you very much and Happy Testing!

Winners will be selected from all voters, excluding Kiwi TCMS team members, HackConf organizers and GitLab affiliated accounts. The accounts which have participated can be verified with curl https://gitlab.com/api/v4/projects/gitlab-org%2Fgitlab/issues/334558/participants. 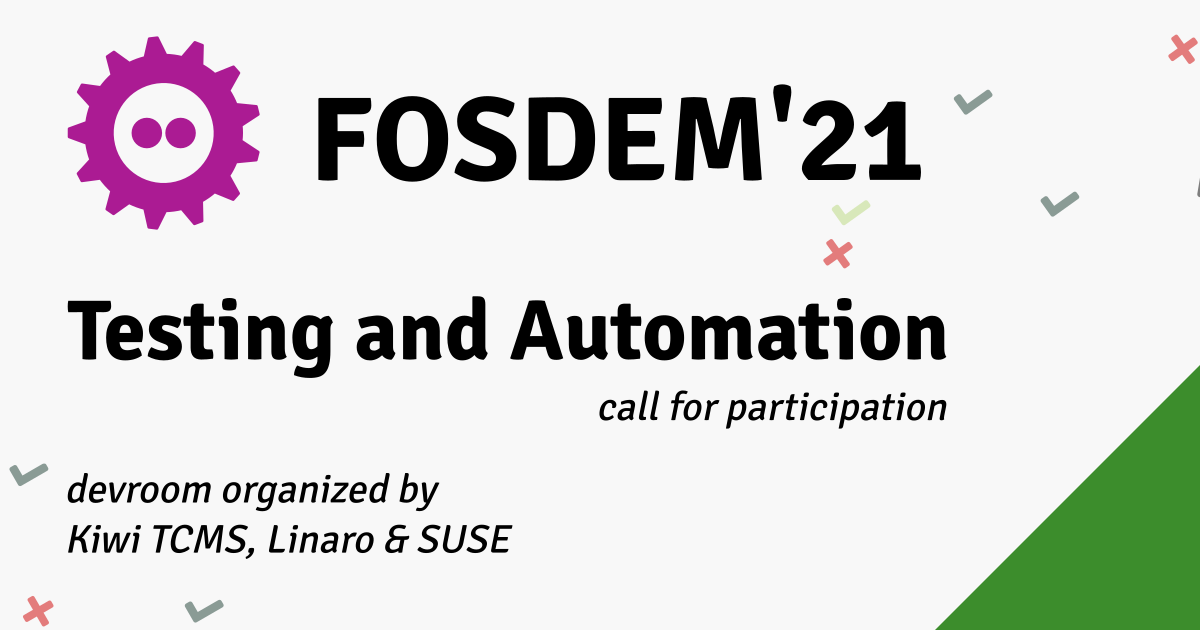 Hello testers, you can catch-up with your favorite open source test case management system during the month of March. Here's a list of events we are going to:

Original plan was to visit OpenTest Con, Beijing between March 30-31 which has now been cancelled! The new plan is to stay 2-3 more days in Kiev and join some meetups if available. 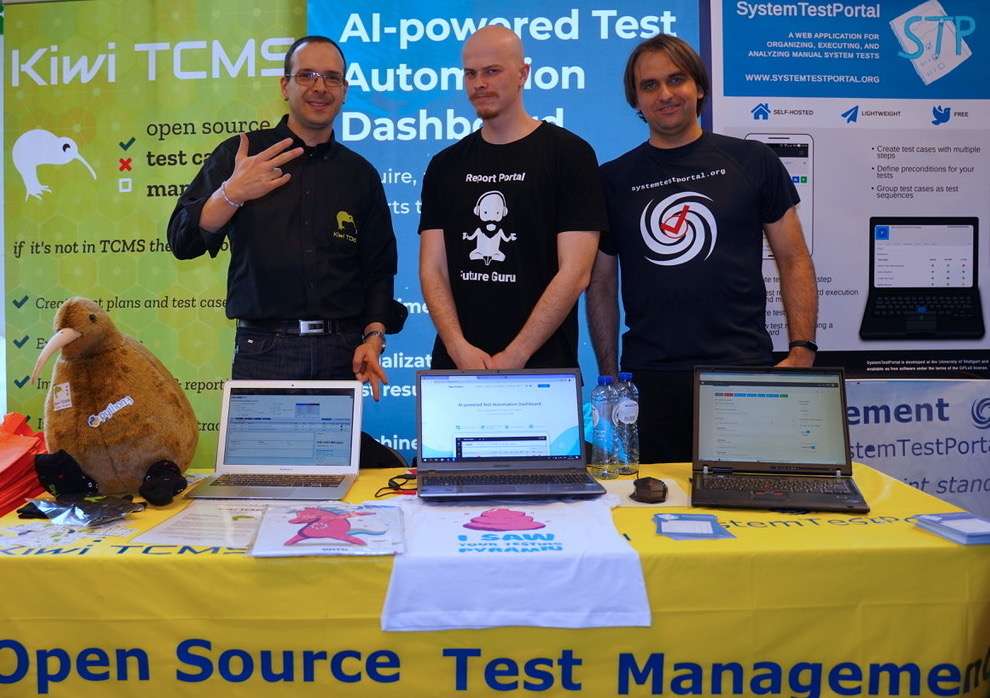 Hello testers, Kiwi TCMS is going to FOSDEM 2020. This is where you can find us:

We would like to meet with all of you and talk about software testing, test management and test process organization. In case you are stuck for crazy ideas checkout our project mission for inspiration.

Next month our team will be at PyCon Balkan, Oct 3-5 in Belgrade. Together with presentation and a workshop we are going to host open source sprints! These will be an informal gathering where participants will be able to learn more about how open source works and go through their first contributions. This is ideal for students and less experienced people but we welcome everyone. There will be tasks ranging from easy to very hard!

Who: 4 mentors from Kiwi TCMS and you!

What: full day of peer programming and contributing to Kiwi TCMS

Where: room will be announced on the days of the conference, follow @KiwiTCMS for more info

Why: up your tech skills, build your GitHub profile and have fun together

We have enabled Serbian language in our translation system. To get started checkout our translation contribution page. Once strings are translated kiwitcms-bot will automatically open a pull request with the new text.

This should be relatively easy. For each class/selector defined in our CSS files search (grep) if any of the HTML templates use it. If it is not in use then remove it.

Similar to the above. We're not 100% certain but there could be legacy JavaScript functions which are no longer in use. Find them and remove them! At the very least you have confirmed that all functions are in use!

Check-out the list of Minor severity issues. There are many of them:

Try fixing a few to see how it goes and continue if you feel confident. Not everything may be an issue so if you have any questions ask someone from our team.

Check-out the list of Major severity issues. There are around 150 of them:

Most of these require some sort of refactoring, either splitting snippets of code into smaller pieces (functions or sub-modules) or using one function in several places instead of 2 very similar but different functions, etc. Ask our team members about which approach they prefer for fixing these issues to minimize the effort spent here.

Check-out the list of Critical severity issues. All of these are functions with high cognitive complexity and the recommended way to deal with them is refactoring into class based views.

Execute pylint against the latest sources and start fixing the issues. Looking at pylint logs the following items are relatively easy to work on:

Note: fixme, missing-permission-required and avoid-auto-field errors are usually harder to resolve and will require more work/refactoring. If you feel confident go ahead and fix them, if not skip to the next error message.

We also use a custom pylint checker which reports function based views. If you are looking for something harder to work on, then give it a try (see 3rd pylint line in Makefile) and refactor some of the existing view functions into class based views.

Bandit is a static analysis tool similar to pylint. It focuses on discovering issues which may lead to security vulnerabilities. We have resolved all such issues in our own source code but we also execute Bandit against the entire Python dependency stack. There it finds thousands of issues, so much so that the reporter crashes.

In CI there are around 130 issues reported. The best course of action here is to execute Bandit locally against the offending library and then figure out what to do:

Note: inside Travis CI we have all runtime and testing dependencies which is more than what we have inside the official Docker image for Kiwi TCMS.

The following issues look suitable for a sprint and don't require lots of background knowledge. You can also find them using the PyConBalkan label on GitHub:

We hope to see you in Belgrade. Until then: Happy testing!

Your favorite open source test case management system is going on tour again. During the next several months we will be at: 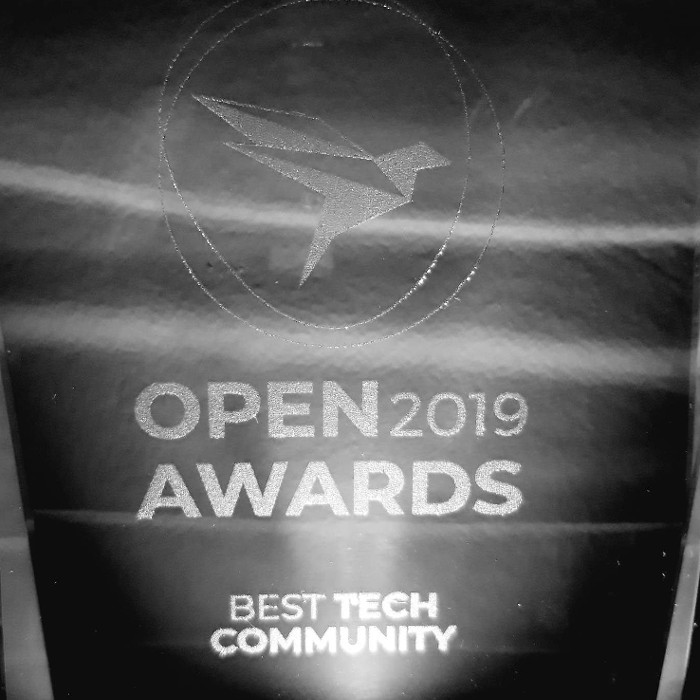 Kiwi TCMS is the winner at OpenAwards'19 category Best Tech Community! Big thanks to the jury, our contributors and core-team and the larger open source and quality assurance communities who voted for us and supported the project during all of those years.

This award is the best present we could get to mark the 10th anniversary of the project. More news of how we are progressing with current roadmap will follow soon in a separate blog post. 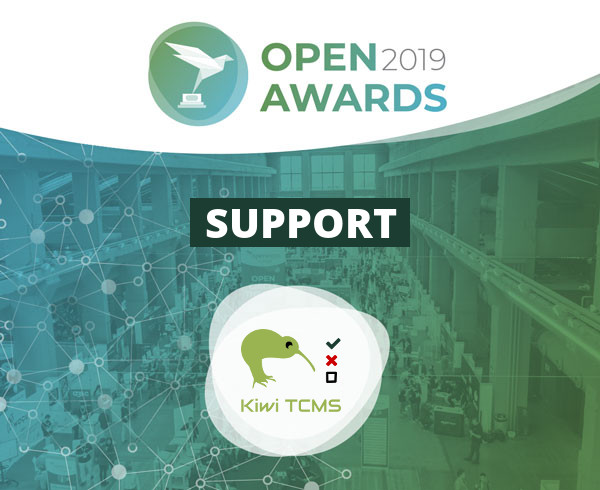 Thanks to you, our community supporters, Anton Sankov and Alex Todorov took the lead at OpenExpo 2019 CfP votes. We need your help one more time. Our team has submitted participation in 'Best Tech Community' and 'Best Success Story' categories.

Unfortunately our submission into 'Best Success Story' has been pulled down! We used that category to share the story from a dead open source project into a thriving open source community with lots of users and contributors and to highlight some of our milestones. Here's the short version:

Thanks you & happy testing!

On Tuesday I hosted my pylint workshop during the regular Django Bulgaria meetup. This edition was the first which was practice based.

Attendance numbers were low but participation was very good. We managed to create 4 new checkers for Kiwi TCMS:

Many thanks to all contributors. These new checkers have discovered quite a few new issues with Kiwi TCMS so this is an area which our team is going to improve.

Those who missed the workshop will be able to catch up one of the next editions:

We are happy to announce that Anton Sankov and Alex Todorov are currently taking the lead at OpenExpo Europe's CfP votes!

Going to OpenExpo will be huge boost for Kiwi TCMS so please help us make this happen! Voting is open until March 17th 2019! You can cast your vote via Facebook login but remember to confirm your email address!

Hello testers, Kiwi TCMS is going to FOSDEM this year. This is where you can find us: 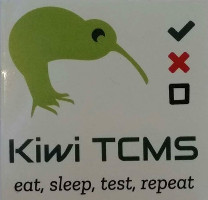 We would like to meet with all of you and talk about test management and test process organization. In case you are stuck for crazy ideas checkout our project mission for inspiration.

Be part of the community

We are turning 10 years old and we have presents for you! You will have to perform a small challenge and you can get your hands(errr, feet) on a pair of these: 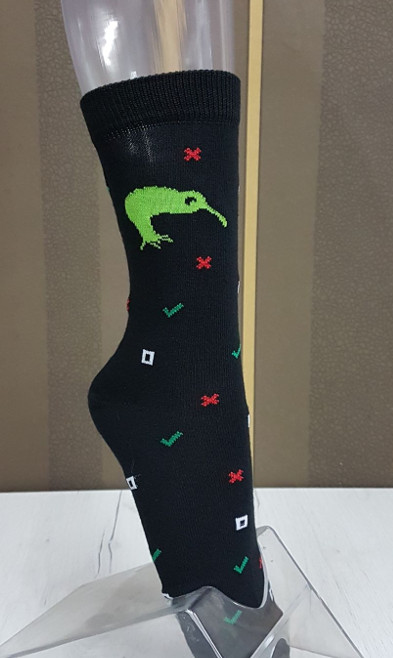 Here's what else you can do to help us:

We are happy to announce that OpenFest - the biggest open source conference in Bulgaria has provided an info booth for our project. This year the event will be held on 3rd and 4th of November at Sofia Tech Park!

Last time the team went to a conference together we had a lot of fun! Join us at OpenFest to learn more about Kiwi TCMS and have fun with us!

#KiwiTCMS is at #hackconf #HC18. Find @atodorov_ and @ivo0926 if you want to talk #opensource #test case management! pic.twitter.com/ioRCnds7jY

In case you are unable to visit Sofia, which you totally should, you can catch up with us in Russia until the end of the year:

Kiwi TCMS is going on a small conference tour. This is where you can find us in the next couple of months:

For all of the 3 conferences we're going to have a project presence. In addition to that you can catch-up with Alex Todorov, Kiwi's project lead at: TestCon Moscow(17-19 April, Moscow), Romanian Testing Conference(9-11 May, Cluj-Napoca), PyCon CZ(1-3 June, Prague) and DEVit(10-11 June, Thessaloniki).

If you can ping us at @KiwiTCMS or look for the kiwi bird logo and come to say hi!