Project mission and goals for 2019

Posted by Alexander Todorov on Thu 10 January 2019 under community , roadmap

Hello testers, Kiwi TCMS has taken on a brave new mission! We would like to transform the testing process by making it more organized, transparent & accountable for everyone on your team. Our goal is to improve engineering productivity and participation in testing. The following blog post outlines how we would like to achieve this and what goals we put before ourselves for this year.

Last year we took on the challenge to bring a legacy code base up to modern coding standard. We did not complete that effort but made very good progress along the way. This is not a small task and that's why our team will continue with it this year. 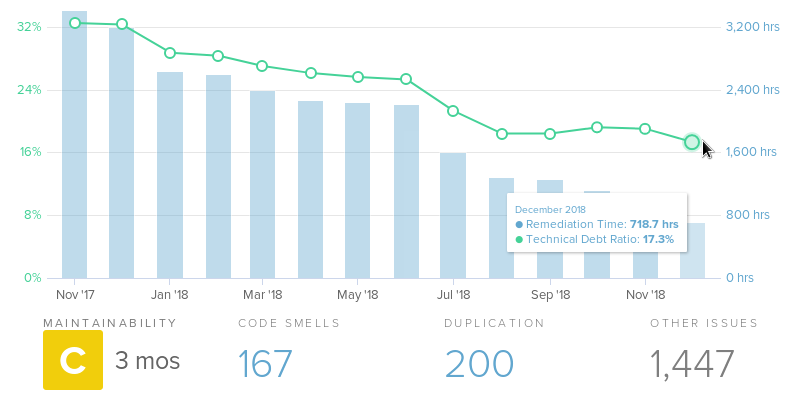 Redesign the UI templates with the help of Patternfly

There are 59 templates remaining to be converted to a modern look and feel. Along with them comes more refactoring and even redesign of the existing pages and the workflow around them. Together with refactoring this will make Kiwi TCMS easier to use and also to maintain.

We are planning to remove the existing reports feature because they are not well designed. We will re-implement existing functionality that our community finds useful, add new types of reports (incl. nicer graphics and UI) and make it possible for the reporting sub-system to be more easily extendable.

Phase out is planned to begin after 1st March 2019! Until then we are looking for your feedback. Please comment in Issue #657!

These will make it easier to collect results from automated test suites into Kiwi TCMS for later analysis. Instead of creating scripts that parse the results and talk to our API you will only have to install an additional package in your test environment and configure the test runner to use it! Automation test results will then appear inside Kiwi TCMS.

Answer: Well, it does. How exactly do you want to integrate?

The following dialog happens every time someone asks me about bug-tracker integration, especially with JIRA. The thing is integration is a specified set of behavior which may or may not be desired in a particular team. As of now Kiwi TCMS is able to open a URL to your bug-tracker with predefined field values, add comments to bug reports and report a simple summary of bugs inside a TestRun.

We recognize this may not be enough and together with the community we really need to define what bug tracker integration means! The broader domain of application lifecycle management tools (of which TCMS is a sub-set) have an integrated bug tracking system. We can add something like this and save you the trouble of using JIRA, however many teams have already invested in integrating their infrastructure or just like other tools. For example we love GitHub issues and our team regularly makes public reports about issues that we find internally!

Developers have their GitHub PR flow and if they have done the job of having unit tests then they will merge only when things are green! This leaves additional testing efforts kind of to the side and doesn't really help with transparency and visibility. I'm not going to mention having an automatically deployed staging environment for every change because very few teams actually have managed to do this effectively.

Speaking of modern engineering flow is your team truly agile? When and how do you plan your testing activities ? Before the devel sprint or afterwards? How many testers take part in refining product backlog and working on user stories?

Similar to GitHub flow lots of teams and open source projects are using Trello to effectively organize their development process. Testing should not be left behind and Kiwi TCMS may be able to help.

What makes a test engineer productive when they need to assess product risk and new features, when mapping product requirements documents (PRD) to test plans and test cases, when collaborating on user stories and behavior specification ? What makes developers, product owners, designers and other professionals productive when it comes to dealing with testing ?

For example consider the following workflow:

Later we iterate through the sprints and for each sprint something like this happens:

In every step of the way Kiwi TCMS can provide notification wizards, guidelines and/or documentation for best practices, facilitate tooling, e.g. to write user stories and assess them or map out an exploratory testing session, etc. The list of ideas is virtually endless. We can even go into deep learning, AI and blockchain but honestly who knows how to use them in testing ?

Our team is not quite sure how this goal will look like 3 months from now but we are certain that testing needs to happen first, last and all the time during the entire software development lifecycle. By providing the necessary functionality and tools in Kiwi TCMS we can boost engineering productivity and steer the testing process in your organization into a better, more productive direction which welcomes participation from all engineering groups.

Let's consider another point of view: testing is a creative activity which is benefited by putting your brain into a specific state of mind! For example Gherkin (the Given-When-Then language) has the benefit of forcing you to think about behavior and while doing so you are vocalizing the various roles in the system, what kind of actions are accepted and what sort of result is expected! Many times this will help you remember or discover missing scenarios, edge cases and raise even more questions!

Crazy ideas, brain dumps and +1 as always are welcome in Issue #703.

Coding alone is not fun! Here's what you can do to help us:

We are also looking to expand our core team and the list of occasional contributors. The following are mostly organizational goals:

Our team will be working on areas related to the goals above. A +1 reaction on GitHub issues will help us prioritize what we work on!

Bug fixes and other issues will be occasionally slipped into the stream and pull requests from non-team contributors will be reviewed and merged in a timely fashion.

There is at least 1 full day of work that goes behind the scenes when a new version is officially released: compile changelog, build images and upload them, create blog post and newsletter announcement, share on social media, etc. We also deploy on our own Kiwi TCMS instance as a stop-gap measure before making everything public!

New PyPI tarballs and Docker images will be released every few weeks as we see fit, this has been our standard process. We try to align releases with Django's release schedule and try to cut a new version when there are known security vulnerabilities fixed. However we can't guarantee this will always be the case!

If you are in a hurry and need something quickly the best option is to send a pull request, build your own Docker image from source and maybe consider sponsoring us via Open Collective!