Posted by Alexander Todorov on Fri 12 October 2018 under community , team

I am happy to announce that our team is steadily growing! As we work through our roadmap, status update here, and on-board new team members I start to feel the need for a bit more structure and organization behind the scenes. I also wish for consistent contributions to the project (commit early, commit often) so I can better estimate the resources that we have!

I am also actively discussing Kiwi TCMS with lots of people at various conferences and generate many ideas for the future. The latest SEETEST in Belgrade was particularly fruitful. Some of these ideas are pulling into different directions and I need help to keep them under control!

Development-wise sometimes I lose track of what's going on and who's doing what between working on Kiwi TCMS, preparing for conferences and venues to promote the project, doing code review of other team members, trying not to forget to check-in on progress (especially by interns), recruiting fresh blood and thinking about the overall future of the project. Our user base is growing and there are days where I feel like everything is happening at once or that something needs to be implemented ASAP (which is usually true anyway)! 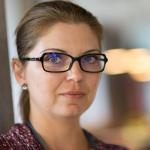 Meet Rayna Stankova in the role of our team coach! Reny is a director for Women Who Code Sofia, senior QA engineer at VMware, mentor with CoderDojo Bulgaria and a long-time friend of mine. Although she is an experienced QA in her own right she will be contributing to the people side of Kiwi TCMS and less so technically!

Her working areas will be planning and organization:

and generally serving as another very experienced member of the team!

We did a quick brainstorming yesterday and started to produce results (#smileyface)! We do have a team docs space to share information (non-public for now, will open it gradually as we grow) and came up with the idea to use Kiwi TCMS as a check-list for our on-boarding/internship process!

I don't know how it will play out but I do expect from the team to self-improve, be inspired, become more focused and more productive! All of this also applies to myself, even more so!

Last year we started with 2 existing team members (Tony and myself) and 3 new interns (Ivo, Kaloyan and Tseko) who built this website!

Tony is the #4 contributor to Kiwi TCMS in terms of number of commits and is on track to surpass one of the original authors (before Kiwi TCMS was forked)! He's been working mostly on internal refactoring and resolving the thousands of pylint errors that we had (down to around 500 I think). This summer Tony and I visited the OSCAL conference in Tirana and hosted an info booth for the project.

Ivo is the #5 contributor in terms of numbers of commits. He did learn very quickly and is working on getting rid of the remaining pylint errors. His ability to adapt and learn is quite impressive actually. Last month he co-hosted a git workshop at HackConf, a 1000+ people IT event in Sofia.

Kaloyan did most of the work on our website initially (IIRC). Now he is studying in the Netherlands and not active on the project. We are working to reboot his on-boarding and I'm hoping he will find the time to contribute to Kiwi TCMS regularly.

From the starting team only Tseko decided to move on to other ventures after he contributed to the website.

At Kiwi TCMS we have a set of training programs that teach all the necessary technical skills before we let anyone actively work on the project, let alone become a team member.

Our new interns are Denitsa Uzunova and Desislava Koleva. Both of them are coming from Vratsa Software Community and were mentors at the recently held CodeWeek hackathon in their home city! I wish them fast learning and good luck!